Join us in 2021 for Smith Mountain Lake's Most Popular event!

The Smith Mountain Lake Wine Festival takes place the last weekend in September each year and regularly draws crowds of more than 11,000 to our beautiful lake.

In addition to nearly 30 Virginia wineries, SML Wine Festival visitors can peruse the booths of dozens of quality artisans, as well as craft and food vendors. Both days feature live music with plenty of room for dancing. 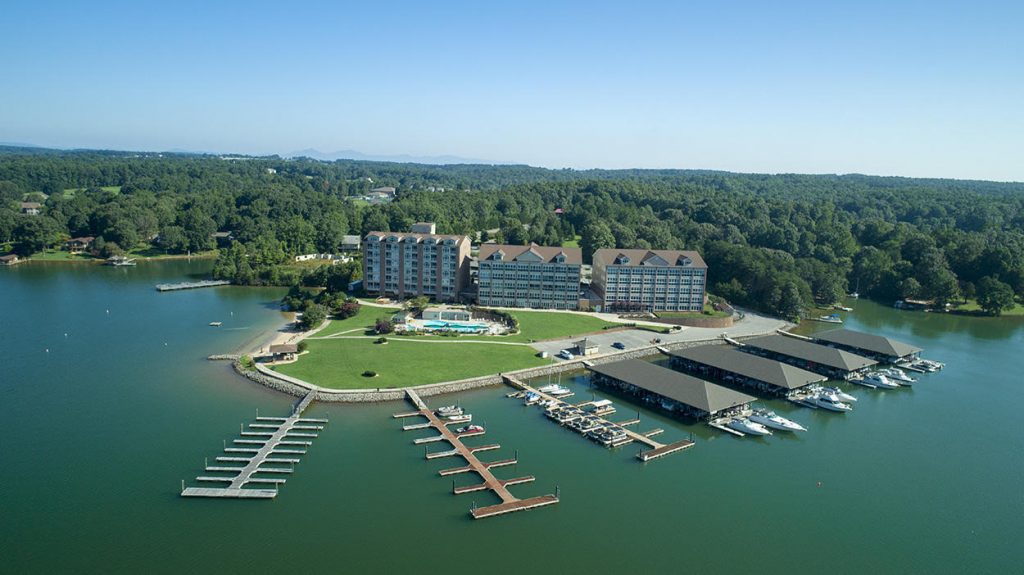 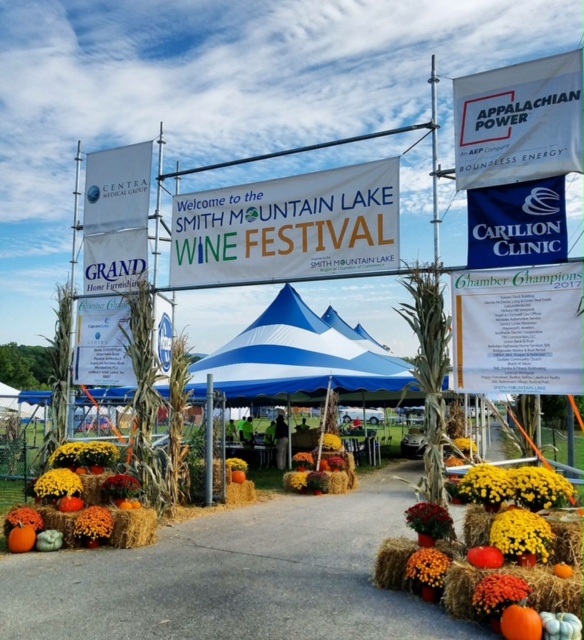 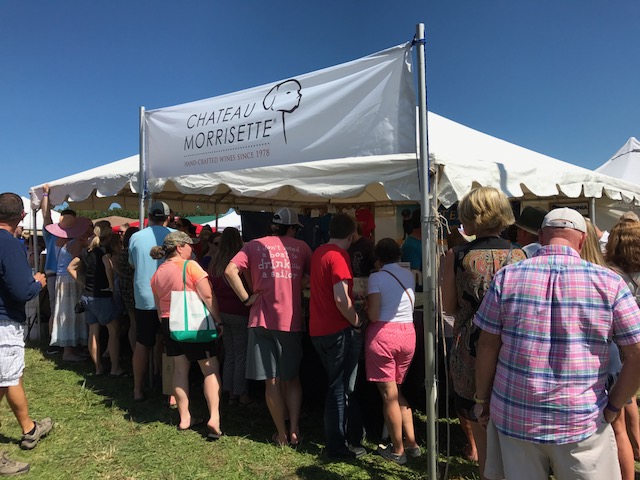 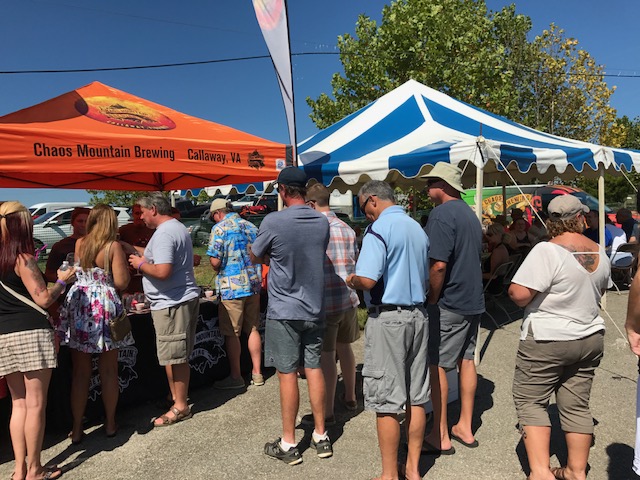 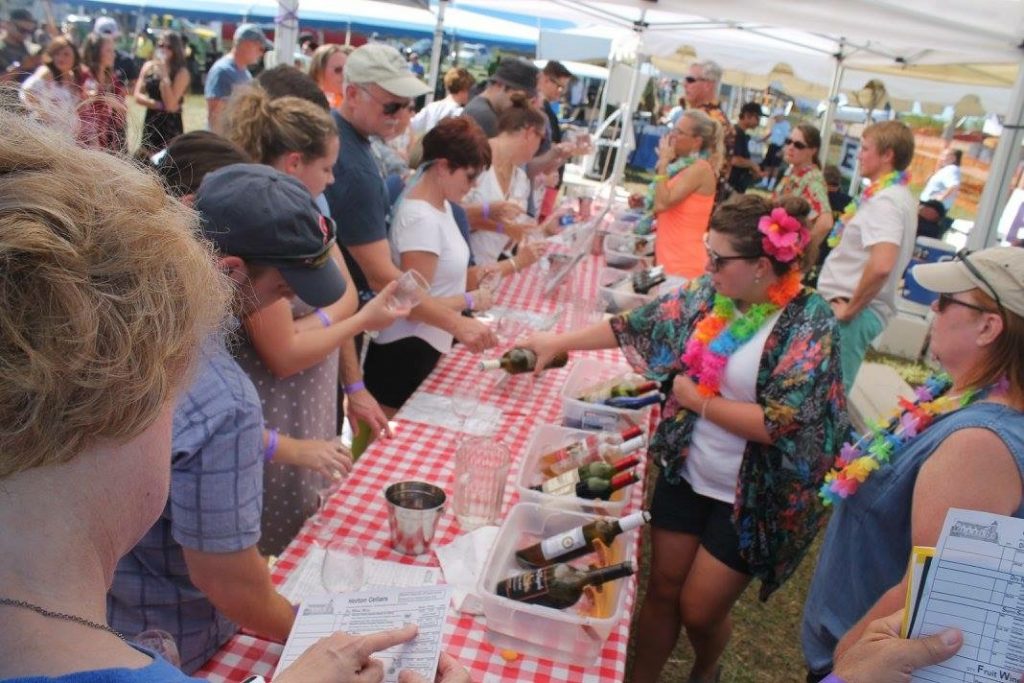 The first Smith Mountain Lake Wine Festival took place in 1989 on the grounds of The Manor at Taylor’s Store B&B near Burnt Chimney. The event was the brainchild of Taylor’s Store owner Lee Tucker and Phil Hager, a local insurance agent and wine enthusiast.

Both men were frustrated with the lack of access to Virginia wine in the area. Hager, an active member of the organization that would become the Smith Mountain Lake Regional Chamber of Commerce, also was looking for ways to bring more visitors to the lake area after the traditional tourist season ended. Read more here.

Over the past 30 years, the festival has grown from a relatively intimate gathering into Smith Mountain Lake’s largest and most popular annual event. The early years featured a grape-stomping booth and educational talks about wine tasting, drew crowds of 800-1,200, and barely broke even.

The Chamber took over the festival in 1992 and moved it to Bernard’s Landing, a more spacious and scenic venue right on the shores of Smith Mountain Lake. When space became an issue again the event moved to LakeWatch Plantation. In 2016, the 50th anniversary of SML, it found a new home at Crazy Horse Marina.  In 2020, Mariners Landing Resort will host the Wine Festival, which is now the Chamber’s largest non-dues fundraiser with proceeds used to grow and develop programs to promote tourism and business in the lake region.

It takes year-round planning by a dedicated corps of staff members and volunteers to pull off an event with such complicated logistics. Awesome wine, craft and food vendors and amazing music and breathtaking views of Smith Mountain Lake makes for the perfect way to spend a fall afternoon. We have a great time while getting the job accomplished. In 2019, we had 300 volunteer positions filled over the two-day event. Unfortunately, in 2020, the event was cancelled due to COVID-19.