Congratulations to the winners of our 2019 Smith Mountain Lake Photo Contest!

The grand prize of $300 was awarded to David B. Pope for his image entitled “Tight Turn” featuring a woman water skiing.

“We were absolutely blown away by the quality of the entries,” said Cheryl Ward, the Chamber’s interim executive director. “It was truly hard to pick just three winners because there were so many outstanding photos. We are so thankful to everyone who participated!”

The contest was open to professional and amateur photographers who were able to submit an unlimited number of photos in a variety of categories related to Smith Mountain Lake. The goal, Ward said,  was to accumulate photos that showcase the beauty of SML and the variety of its people, activities and events.

Ward said many of the photos will be used in future issues of the SML Visitor and Newcomer Guide, as well as for other requests the Chamber receives from assorted tourism and media outlets. 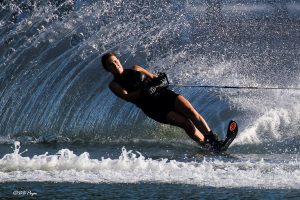